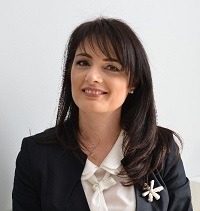 Valbona Muçaj has been a Training Manager at ASPA’s Continuous Training Department for 5 years. She has previously worked at the same position at the Public Administration Training Institute, where she has served with devotion for 11 years. Before this time, Ms. Mucaj has worked as an Assistant to the Deputy Prime Minister and later as an Assistant to the Prime Minister.
Valbona graduated from the Faculty of Foreign Languages with a degree in Italian Language, and then completed her Master's Degree in Public Administration at the European University of Tirana, in collaboration with the University of Nebraska-Lincoln, USA.
Ms. Mucaj has also finished the one-year study cycle of the Albanian School of Political Studies, established by the Council of Europe and supported by the Swiss Embassy in Tirana